Surprisingly, despite a solicitor recommendation, the Supreme Court denied cert in
American Axle. I can’t say I’m particularly disappointed. I recorded a
video last year (best viewed at 2x speed) where I talked about the potential outcomes of
the Supreme Court taking it up. I think my conclusion then – i.e., that
the Supreme Court was more likely to make things worse than better –
was basically right. Some clarity in the 101 analysis would have been
great, but I don’t think we would have gotten that, and the Supreme
Court passing up an opportunity to make things worse (again) is probably
all for the best. 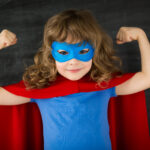