It’s natural to trust the examiner and approach things like a lawyer while prosecuting patent applications. However, it may not always be the right course of action to get the patent granted.

Greetings, my name is William Morriss. I am a patent attorney. I have been practicing for over 15 years now. Today, I will walk you through three mistakes to avoid when responding to office actions. The first two are mistakes that I’ve seen people make while training them on drafting responses. The last one is one that I made when I was first learning. Fortunately,  my mentor taught me how to avoid that mistake for the future.

2.  Focussing on just the independent claims

So, let’s begin with mistake number 3.

I am not saying don’t cooperate or collaborate with your patent examiner. You really should, because, ultimately, you both need to reach an agreement. If you go in with a mindset of conflict:

it’s going to be hard to get to an agreement with them. So it’s not about you being aggressive or being confrontational with the examiner.

It’s more about recognizing that you and the examiner are different people.

I remember an example where an associate that I was training nearly got into trouble by trusting the examiner. In this case, the examiner said, “Oh, you know, this term in your claims, I’m going to interpret it this way.” The result of that interpretation was that the invention became treated as non-patentable subject matter, which the examiner rejected under S.101.

As it happened, I had written this case and knew about this issue. I had included an explicit definition of the term the examiner was interpreting that made it very clear the invention was not subject matter ineligible. The examiner had overlooked it. The associate  took the examiner’s reading at face value and concluded that we needed to amend the claims. This is a very common mistake, as it is quite natural to attach a certain authority to the interpretation made by the examiner. But in fact, it turned out that we managed to overcome the rejection without needing to make an amendment.

In general, it is good if you can respond to rejection without amending your claims, that means:

It is essential to know that the examiner may be wrong. When you wrote the claim, you did not write it thinking it’s not eligible or supported. You wrote claims that you thought were eligible, supported, and innovative.

2. Focusing Only on the Independent Claims

When claims get rejected, you must try to get the rejection withdrawn. You can probably do this by inserting the dependent claim’s limitations into the independent claim. Then, the examiner would either have to allow it or give you another non-final action. This is good because you don’t have to request for continued examination (RCE), which will delay things and cost your client money.

You won’t get this result if you focus only on the independent claims and try to make minor changes and clarification while still going for basically the same things as you had before. The problem is that when you make that change, you might not get anything at all, or, based on your change, a new ground of rejection may come up that can be made final. You will then need to:

Sometimes that is the right thing to do. However, it’s better to avoid it if you can. Working with the dependent claims is a good way to avoid that happening.

This is a mistake I made when I was being trained. Fortunately, my mentor caught the error and removed it, so it did not go out in the office action response. I was freshly out of law school, at the time, where they teach you all these cases; you learn about claim construction, prosecution history, disclaimers, pleadings and pleadings in the alternatives. These may all make sense in litigation but may not really work in patent prosecution.

In response to the rejection, you could write a very logical, intricate, precise, and sophisticated argument about how the examiner is wrong regarding the features. But it does not help you in any way.

First of all, it would be very confusing and won’t help you move forward with your case. Secondly, you have to write a lot. Some of this writing would be unnecessary and irrelevant, and worse, could potentially be used against you in prosecution.

Another example is arguing about the inconsistencies in the patent examiner’s interpretation of the claims based on your training about claim construction from law school. This will not help your case either, as under the broadest reasonable interpretation rule (BRI), examiners have a great deal of discretion and leeway while interpreting claims.

Treat prosecution differently. Rather than responding with a lawyer’s mindset you can:

By the end of the conversation, you won’t have to go through the rabbit hole of A, B, and C and alternatives, or interpretations and claim constructions. You would have figured it out together with the examiner without the arduous process of lengthy writing.

At the conclusion of the interview you might find that you have to make a change, or maybe you will have clarified things so that a change is unnecessary. It is also possible that you might not ultimately agree with the examiner, but the interview would have at least given you the opportunity to know what is happening. In this case it will have helped you figure out that you need to make an appeal.

So what do I do to avoid these mistakes in my practice today?

This is an excellent tool to make sure things are on track. If there is time for it and you can get it, interviews are almost always good to have.

I am fortunate to work with colleagues who have been in practice for a long time; since I was in high school, in some cases. If I have questions or I’m uncertain about how to go about things, I can talk to them. This gives me the benefit of experience that extends a decade or more beyond my own.

There is a wealth of information that you can get from file wrappers and past cases, especially for issued patents, which are a matter of public record.

At IP Toolworks, we have designed the Arguminer software to help you mine arguments other attorneys have used to avoid pitfalls in their own prosecution practices. This can be helpful if you have a 101 rejection, for example, as this is a very dynamic aspect of law. Even the experience of more senior colleagues might not help as much because the law keeps changing.

With the software you can apply a date filter to ensure your result conforms with the current gold standard for what examiners look out for, and insert other search criteria to find examples that match your specific examiner or arguments you are considering. The Arguminer software can also be used to see examples that did not work for a particular case. Seeing battle-tested arguments and their outcomes can help you both avoid repeating mistakes that other people made and capitalize on their success.

Let’s Sum it Up

The three mistakes that people make when responding to office actions are:

To avoid these mistakes in your office action responses, it can be helpful to make use of past cases, interview the patent examiner, if you can, and leverage the experience of senior colleagues. 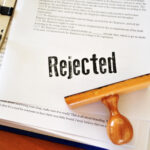 5 Reasons Why Your Patent Application Gets Rejected

How To Effectively Analyze Office Actions 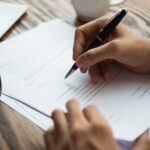