“If MPEP is the rule book, Arguminer is the practical guide to how patent prosecutors have applied those rules (and more) to overcome patent rejections.”

In general, the MPEP is designed to help examiners examine applications which, in practice, means helping examiners make and maintain rejections. The result of this is that, while the MPEP is broadly accurate, its discussion will often lack nuance and omit information that applicants are likely to find important in responding to rejections. This is not the case with the Arguminer software, since it is designed to help applicants overcome rejections, not to help examiners make them.

For example, if someone had a case where they thought the examiner erred by treating a single prior art structure as covering separate claim elements, they could simply use the Arguminer software to perform a keyword search for “separate elements” to identify a plethora of arguments (with supporting citations) on that precise issue (e.g., running this search quickly, I pulled up the response of 4-28-2017 on application 14/450,321, which provides an extensive list of cases on this issue). Doing the same search in the MPEP would only turn up a single brief mention in the context of functional language as part of a string citation regarding means plus function claims (a type of claim that most applicants try to avoid using in any event).

Where is MPEP Guidance Lacking?

Because the MPEP is written from the perspective of an examiner rather than an applicant, its guidance is not directed to overcoming rejections. Here are some (but by no means all) areas where the MPEP is lacking:

The MPEP downplays the importance of avoiding hindsight, and the rules that are in place to prevent a hindsight reconstruction of the applicant’s invention. Indeed, MPEP 2145(X)(A) specifically provides the following guidance for responding to an applicant who asserts that a conclusion of obviousness is based on impermissible hindsight:

Applicants may argue that the examiner’s conclusion of obviousness is based on improper hindsight reasoning. However, “[a]ny judgment on obviousness is in a sense necessarily a reconstruction based on hindsight reasoning, but so long as it takes into account only knowledge which was within the level of ordinary skill in the art at the time the claimed invention was made and does not include knowledge gleaned only from applicant’s disclosure, such a reconstruction is proper.” In re McLaughlin, 443 F.2d 1392, 1395, 170 USPQ 209, 212 (CCPA 1971). Applicants may also argue that the combination of two or more references is “hindsight” because “express” motivation to combine the references is lacking. However, there is no requirement that an “express, written motivation to combine must appear in prior art references before a finding of obviousness.” See Ruiz v. A.B. Chance Co., 357 F.3d 1270, 1276, 69 USPQ2d 1686, 1690 (Fed. Cir. 2004).

While it is true that there is no requirement for an express, written motivation to combine references, the patent trial and appeal board has explained that “[t]o preclude hindsight in an obviousness analysis, the Examiner must identify evidence ‘in the form of some teaching, suggestion, or even mere motivation (conceivably found within the knowledge of an ordinarily skilled artisan) to make the variation or combination.’”  Ex Parte Kageyama, Appeal No. 2020-002742 on application 15/810,275 (PTAB, 2021), quoting Rolls-Royce, PLC v. United Techs Corp., 603 F.3d 1325, 1338 (Fed. Cir. 2010).

Similarly, while the MPEP lists various arguments an applicant may make with respect to obviousness (often for the purpose of providing guidance on rejecting those arguments), the listing provided by the MPEP is by no means comprehensive. For example, the MPEP does not mention that when a primary reference teaches a solution to a problem, solving that problem cannot be relied on as the reason for modifying the primary reference using the teachings of a secondary reference, something the PTAB made clear in Ex Parte Allen, Appeal No. 2018-008208 on application 14/712,101 (PTAB, 2020).

The MPEP accurately states the rule that during patent examination, the pending claims must be given their broadest reasonable interpretation consistent with the specification. However, while it does provide some examples of scenarios where interpretive issues may arise (e.g., effect of various transitional phrases, wherein clauses), like the examples of arguments that can be made in response to an obviousness rejection, the information in the MPEP is in no way complete.

For example, one issue which an applicant may want to be aware of is whether it is proper to treat separate limitations in the claim as being physically separate structures. However, the MPEP’s treatment of the broadest reasonable interpretation rule does not include any indication that interpreting separate elements as not requiring separate structures is something examiners have repeatedly been reversed for.  E.g., Ex Parte Moore, Appeal No. 2020-004805 on Application 15/423,780 (PTAB 2021) (“We agree with Appellant. We find that under the broadest reasonable interpretation of the claim, one of ordinary skill in the art would not consider the telescoping rod 34b to be part of the base.”); Ex Parte Denison, Appeal No. 2009-004110 on application 10/158,362 (BPAI, 2010) (“we note that it is not reasonable to rely on the same structure depicted at the interconnection of Berry’s stent segments to meet both of the limitations requiring a ‘double-curved shaped portion’ and a ‘Y-shaped portion.’”).

Using arguments from the MPEP to respond to office actions may be an effective strategy for some rejections. But determining whether the MPEP contains effective arguments for any given grounds  of rejection is highly inefficient. This inefficiency is not accidental. Rather, it comes from the nature of the MPEP. The MPEP was not written from the perspective of a patent prosecutor responding to office actions. As a result, MPEP provides only a few effective arguments and no effective way to find them.

This is not the case with a tool like Arguminer which was specifically developed to assist in identifying effective and, more importantly, successful arguments for responding to office actions. To learn more about the power of Arguminer to help you find and make effective arguments, contact us. 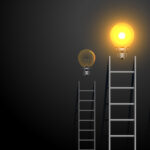 How to Write a Winning Patent Office Action Response | USPTO 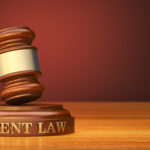