Patent lawyers love the overused quote from Diamond v. Chakrabarty, “everything under the sun invented by man.” Forty years later, this remains good law in most situations. However, Mayo v. Prometheus and AMP v. Myriad Genetics went on to make clear that not everything under the sun is patentable when it comes to biology. Most recently, Alice, and the associated 2019 PEG have come to dominate how examiners and attorneys approach subject matter eligibility arguments, even when it comes to inventions within the life sciences.

Even with the most conscientious claim drafting, rejections under §101 are not unlikely when the claimed subject matter centers on organic molecules or other “products of nature.” Given the dynamic state of legal arguments in this field, it can be particularly helpful to look at successful responses prepared by other attorneys facing similar rejections.

If you are dealing with §101 rejections involving molecular biology, or other technology classes where “natural phenomena” are frequently cited, you may want to consider taking a prong, (or better, two), from the winning arguments we’ve selected,  below:

Molecules Created Through Human Efforts Can Lay a Path

If the subject matter is artificial, it does not fall under a judicially-created exception to §101 and, therefore, constitutes patent-eligible subject matter.

In biology cases, the examiners typically rely on the “natural phenomena” judicial exception in their §101 rejections. The Patent Office does not want to be responsible for issuing a patent on a biological matter that occurs naturally. This would potentially turn every living organism into an infringer.

To overcome this rejection under the Alice test and the 2019 examination guidelines, you must show the subject matter does not fall into the “natural phenomena” category or the claims include substantially more than a natural phenomenon. Where the claimed subject matter is artificial and the hand of an engineer or scientist is needed to produce it, the invention is legitimately the product of human ingenuity and human effort must be made to infringe the claims.

This argument succeeded in an application for a “Vesicular Linker and Uses Thereof in Nucleic Acid Library Construction and Sequencing” This case was filed in 2017 and issued in 2020.

The examiner issued a rejection under §101 citing the judicial exception for “natural phenomena.” In response, the applicant amended the claims to clarify the claimed kit did not contain a naturally occurring molecule, but rather an engineered product.

The examiner found these claim elements established that the claimed molecule could not occur naturally. The examiner withdrew the §101 rejection and allowed the claims.

A Combination of Humanized and Natural Molecules Can Save the Day

This argument is a close corollary of the first argument. If the subject matter contains molecules that are arguably naturally occurring, you may be able to argue that the combination cannot occur in nature. This moves you out of the judicial exceptions for “products of nature” and “natural phenomena” and allows you to escape the second prong of the Alice test.

Avoiding Alice’s second prong can substantially improve your chances of allowance. The test’s second prong, which asks whether the invention includes substantially more than the ineligible subject matter, is highly subjective. Therefore, qualifying under the first prong should be your first, strongest, and best thought-out argument.

This argument was used in an application for “Humanized Antibodies” This application was filed in 2016 and issued in 2020. Prior to allowance, the applicant received a rejection under §101 on the ground that the claimed invention comprised products of nature.

In response, the applicant amended the claims to clarify that the claimed invention included a humanized antibody from a non-human donor. This gave the applicant three strong arguments in the office action response:

The lesson to be drawn from this case is that your chances for allowance improve if you can claim and argue for the non-natural creation, structure, and behavior of the claimed molecule.

A Real-World Application Can Carry You Through

This occurred in an application for “Predicting the Ability of Atlantic Salmon to Utilize Dietary Pigment Based on the Determination of Polymorphisms” This application was filed in 2016 and allowed in 2020, although it has not yet issued as a patent because the applicant has not paid the issue fee.

The application claimed a process for sequencing the genes of an Atlantic salmon to detect cytosine at a particular location in the gene sequence. The examiner rejected these claims as directed to a natural phenomenon.

[A]lthough nature-based product limitations are recited by claim 15, analysis of the claim as a whole indicates that claim 15 is focused on a process of detecting the presence of a specific nucleic acid sequence in a sample from a salmon, and is not focused on the nature-based product per se. Id. at 11. For example, as amended herein, claim 15 recites, in part:

a) obtaining a nucleic acid sample from a salmon; and

c) detecting the presence of a cytosine at position 36 in SEQ ID NO: 14.

In response the applicant amended the claims and presented two arguments:

The examiner allowed the claims. But the examiner did not identify which of these arguments was found persuasive.

The takeaway from this case is that you should always present arguments on both prongs of the Alice test. In this case, while each argument was powerful independently. the applicant took measures to avoid prolonged prosecution, by presenting both sets of arguments in the office action response.

Although some patent practitioners might view Chakrabarty as dated, the “made by man” phrase remains one of the most powerful arguments you have to secure allowance of artificially-created biological inventions.

Finally, do not ignore the second prong of the Alice test. Even if you feel optimistic about your arguments that the claims do not embody a natural phenomenon or a product of nature, an examiner might disagree. As a result, you should also present arguments that the claimed invention includes substantially more than a natural phenomenon or product of nature. You can do this by reciting in the claims a real-world application for the invention. 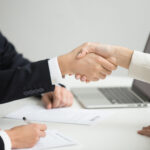 5 Tips to Having a Good Patent Examiner Interview 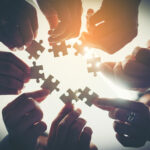