Since the patent office first started applying it in late 2014, the case of Alice v. CLS Bank has been a persistent thorn in the side of patent attorneys, particularly those prosecuting applications in the technology center which deals with business method inventions.1 This has inspired articles addressing anti-Alice arguments, including those that have succeeded in courts and at the PTAB.2

However, as the overwhelming majority of patent applications will neither be litigated nor appealed to the PTAB, it seems that there would be independent value in looking at arguments that have overcome Alice rejections during the one process that all patent application have to go through – i.e., examination. I used IP Toolworks’ Arguminer software to look for office action responses which were followed by withdrawal of responses would be beyond the scope here, I have identified five arguments from them that I feel are particularly worth relaying.

#5 Pre-Alice Training Materials Presented by the Patent Office in 2012 Can Still be Applied to Show Eligibility Post-Alice in 2016 (as seen in prosecution of 14/452,375)

While the patent office has issued numerous memoranda, updates, and similar documents regarding the application of Alice v. CLS,3 the February 17, 2016 response to the rejection of Warehouse Management System application 14/452,375 (the “‘375 Application”) demonstrates that there can be value in applying ancient (i.e., pre Alice) knowledge rather than simply trying to fit the patent office’s latest guidance to the facts of your case. In that case, the claims were initially rejected as directed to an abstract idea, based largely on the post-Alice case of Planet Bingo, LLC v. VKGS LLC.4 However, rather than relying on the patent office’s training material which specifically addressed either Planet Bingo or other post-Alice cases,5 the applicant’s response reached back to the examiner Olusegun Goyea and patent office’s August 2012 subject matter eligibility update, explaining that that document was important because:

The applicant then explained how applying the factors laid out in the August 2012 guidance showed that the claims in question were patent eligible, and in the next office action the examiner withdrew the subject matter eligibility rejections of all but one of the pending claims.7 When responding to that last rejection, the applicant shifted from relying on the pre-Alice guidance to a detailed application of Enfish, Bascom, and other post-Alice cases.8 However, that shouldn’t undermine the lesson that pre-Alice materials can still be useful, especially since, as shown in the next example …

#4 Diamond v. Diehr and other pre-Alice Supreme Court Opinions are Still Good Law and can Establish Eligibility (as seen in 14/137,530)

When it was originally filed in December of 2013, application 14/137,530 for Semiconductor Manufacturing using Design Verification with Markers (the “‘530 Application”) included 20 claims, all of which were rejected by examiner Bryce M. Aisaka in early 2015 based on Alice.9 At that time, while the patent office had issued relatively less material than by the time of the response discussed above for the ‘375 Application, it had still provided interim eligibility guidance for applying Alice v. CLS,10 as well as examples of the application of that case in the context of the abstract idea exception.11 However, rather than arguing in favor of patentability based on those documents, the applicant reached all the way back to the 1981 decision of Diamond v. Diehr, explaining that, under that case, the method defined by the first independent claim was patent eligible because

[the claimed method] provides that the circuit design that is cleared of design rule violations by the EDA computer system is used in manufacturing a system. Thus, there is more than mere abstract manipulation of numbers by a computer. Instead, the design is used to manufacture a physical device that is free from design rule defects. Such an interaction between a program and a controlled physical process has been ruled to be allowable over a 35 U.S.C. § 101 rejection.12

While, some lingering 103 issues have (as of writing) prevented the ‘530 Application from being allowed, the next action did withdraw the 101 rejections, further illustrating that sometimes the best way to respond to new rejections may be with old cases. Of course, that doesn’t mean that there’s nothing to be gained from being aware of, and applying new cases. Indeed, the next example makes clear that arguments based on post-Alice cases can also be successful since …

#3 Bascom v. AT&T Mobility Can Establish Eligibility even if a Claim is Directed to an Abstract Idea (as seen in 13/757,470)

When the claims to a method and system for obtaining location information from a wireless network in application 13/757,740 (the “‘740 Application”) were rejected by examiner Nizar N. Sivji for being directed to a judicial exception without significantly more, the applicant didn’t turn to pre Alice guidelines or cases. Instead, in a response filed on November 9, 2016, the applicant focused on much more recent material, including the case of Bascom Global Internet Services, Inc. v. AT&T Mobility LLC,13 which had been decided only that summer. In particular, the applicant relied on Bascom for the proposition that claim which recite a “specific, discrete implementation of” a purportedly abstract idea were not ineligible under section 101, and then identified specific steps recited in the claim as “transform[ing] the purported abstract idea of mobility management into a particular practical application of that purported abstract idea.”14

The next office action showed that this focus on more recent material was effective, stating that “With regards to Applicant argument, for rejection under 35 USC 101, the argument is persuasive and therefore, the rejection is withdrawn.”15

Unfortunately for the applicant, like the ‘530 Application, the ‘740 Application has not (as of writing) been allowed due to some lingering 103 issues, though that should in no way detract from the efficacy of the November 9, 2016 response’s subject matter eligibility arguments, especially since using those arguments allowed the applicant to overcome the subject matter eligibility rejections without any claim amendments. Of course, approaches that differ from those described above in more than just the recency of their supporting citations are also possible. For example, rather than just explaining why a response is substantively wrong…

#2 You Can use the PTAB Decision ofEx Parte Poisson to Argue that there is no Prima Facie case ofIneligibility (as seen in 13/886,540)

The Federal Circuit has been generally skeptical of the patent eligibility of systems which apply rules for various purposes.16 Thus, it isn’t a surprise that the claims of application 13/886,540 for Rule-Based Archival Maintenance (the “‘540 Application”) were rejected by the examiner Shya Jau Meng based on Alice for being directed to an abstract idea without significantly more.17 In responding to these rejections, the applicant began by explaining what was necessary to establish a prima facie case of ineligibility based on the MPEP and the patent office’s subject matter eligibility guidance.18 Then, it analogized the pending rejections to those addressed by the PTAB in Ex Parte Poisson to explain why the requirements for a prima facie case had not been met:

This failure, the Board determined, caused the Office to misinterpret the claims and oversimplify the claims in making its determination that the claims were directed to an abstract idea. Id. at 4-5.19 In the next office action, the 101 rejections were withdrawn,20 though some 103 and 112 issues remained which prevented the case from being allowed until December of last year. Of course, you don’t just have to rely on patent-specific jurisprudence when responding to Alice rejections.

#1 You can use the Administrative Procedure Act to Combine Subject Matter Eligibility and Art-Based Arguments (as seen in 13/229,755)

On March 28, 2016, the claims of application 13/229,755 for systems and methods for discovery of related interactable items in a mobile store environment (the “‘755 Application”) were rejected by examiner Lance Y. Cai under 35 U.S.C. §§ 101 and 102. 21 While, technically, eligibility under section 101 and patentability under section 102 are separate questions, the applicant on the ‘755 Application leveraged 102 arguments to respond to the 101 rejections with the following application of the administrative procedure act:

whether or not specific claim features are “well-understood, routine and conventional,” and thus amount to significantly more than the judicial exception itself, is a factual analysis that must be based on evidence. The standard of review applied to findings of fact is the “substantial evidence” standard under the Administrative Procedure Act (APA), 5 U.S.C. 500 et seq.

as discussed below, Drucker [the reference cited in the rejections under 35 U.S.C. § 102] does not disclose or suggest at least the feature of “wherein the new graphical presentation data includes a visible link between the seed interactable item and the selection indicating that a user navigated from the seed interactable item to the selection,” as recited in exemplary independent claim 1. Because Drucker does not disclose or suggest at least this feature of independent claim 1, this feature is not “well-understood, routine and conventional,” and as such, independent claim 1, and similarly independent claims 10-13, 22, and 28-31, clearly recites “significantly more” than the alleged abstract ideas.22

In the following office action, all rejections under 35 U.S.C. § 101 were withdrawn though, ironically, the rejections under section 102 were maintained23 and have since been appealed to the PTAB.24As the above responses demonstrate, applicants have successfully overcome subject matter eligibility rejections without having to resort to the PTAB or the courts using a wide variety of arguments. While, ultimately, there’s no guarantee that any particular argument will work to overcome a rejection in any particular case, considering past arguments, including those described in this paper, can at least provide inspiration and possible tactics for attorneys who are seeking to establish the subject matter eligibility of their own clients’ inventions.

1In particular, the patent office’s open data portal indicates that the allowance rate for class 705 – Financial, Business Practice, Management, or Cost/Price Determination (Data Processing) – dropped from 31.2% pre-Alice, to 23.5% in 2014, to 9.4% in 2015, to 4.7% in 2016. See United States Patent and Trademark Office, Allowance Rate by USPC Class, Open Data Portal (beta) at https://developer.uspto.gov/visualization/allowance-rate-uspc-class (visited 5/7/2017).

2 Daniel A. Parrish and Amir N. Penn, 5 Ways To Overcome An Examiner’s Post-Alice 101 Rejection, LAW360, available at www.law360.com/articles/801995/5-ways-to-overcome-an-examiner-s-post-alice-101-rejection (visited 5/7/2017) (addressing PTAB decisions as a source of authority for responding to Alice in light of the dearth of guidance from the Federal Circuit); 7 Post-Alice Patent Cases That Survived 101 Rejections – Clearing Some Cloud of Doubts on Software Patent Eligibility, GREYB SERVICES, available at https://www.greyb.com/post-alice-patentcases-surviving-101-rejection (visited 5/7/2017) (reviewing seven court decisions in which patents survived Alice based section 101 challenges). 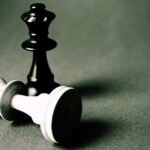 Patent Prosecution | Bridging the Gap between Experienced and New Attorneys 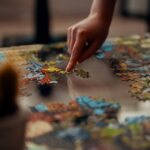