Is there an easy way to find proven office action responses?……. Read on to find out!

While the USPTO has reported that the number of, and variability in, rejections based on Alice v. CLS Bank have decreased following 2019’s eligibility guidance, Alice rejections continue to be among the most challenging to overcome and disproportionately affect certain technologies and categories of filers1. One area of technology which continues to be substantially impacted by Alice rejections is gaming, with some rejections appearing to be based on a categorical rule that any gaming claims are per-se directed to an abstract idea2.  However, while dealing with Alice rejections may seem like a roll of the dice, it isn’t necessarily a rigged game, and having a system can help even the odds.  To that end, patent agents and attorneys working on gaming technologies may want to keep these proven strategies up their sleeves to help strengthen their hands when representing their clients.

3. Turning Lemons Into Lemonade with In re Guldenaar

On its face, In re Guldenaar3 is not a great case for gaming inventions.  Essentially, Guldenaar appealed a rejection in which the examiner argued that the invention was directed to “rules for playing a game” which  fell within the realm of “methods of organizing human activities.” The Federal Circuit sided with the examiner, referring back to its prior decision in In re Smith4 as establishing that rules for playing a game is an abstract idea, and finding that the claims did not include an inventive concept that could transform them into a patent eligible application. Guldenaar also featured a concurrence by Judge Mayer, in which he took the position that “[w]hile games may enhance our leisure hours, they contribute nothing to the existing body of technological and scientific knowledge.  They should therefore be deemed categorically ineligible for patent.”5

Despite its apparent negativity toward gaming patents, going below the surface allows Guldenaar to be applied in support of eligibility of gaming inventions.  This was illustrated in an office action response from application 15/785,865 for an “Electronic Gaming Machine and Method.”  In July of 2018, that application had been rejected based on the argument that “managing a game of chance on a plurality of reels” was an abstract idea based on In re Smith6.  However, despite the fact that Guldenaar (like the office action) had relied on Smith, the applicant was able to turn that case in its favor, arguing that:

As to the subject matter recited in claim 1 then, it first should be noted that the Federal Circuit has issued no blanket prohibition against the patent eligibility of gaming machines.  In fact in In re Smith, 815 F.3d 816 (Fed. Cir. 2016), the Federal Circuit specifically stated that their decision was “not to say that all inventions in the gaming arts would be foreclosed from patent protection under §101.” Id. at 819 (emphasis added).  This was confirmed recently in In re Marco Guldenaar Holding, B.V., 2018 US App. LEXIS 36645, *9 (Fed. Cir. 2018). For example, the Federal Circuit suggested in In re Smith, “claims directed to conducting a game using a new or original deck of cards” potentially could survive a challenge under §101 (a point which the Office admitted during oral argument).7

This was then followed by a notice of allowance, with the result that the Electronic Gaming Machine and Method is now U.S. patent 10,366,569.

In re Smith isn’t the only obstacle that prosecutors working on gaming patent applications may face.  For example, the office action dated 12/14/2018 on application 15/861,431 (Apparatus and Methods for Multimedia Games), acknowledged that the subject invention was not a “fundamental economic practice” under Smith8, yet still rejected it under § 101 based on the conclusion that it was within the category of “certain methods of organizing human activity.”9

However, despite not being able to rely on Guldenaar to reinterpret Smith as described in the preceding section, the applicant was still able to prevail by pointing out that the 2019 guidance defined “certain methods of organizing human activity” in terms of specific subcategories, and none of those subcategories was relevant in that case: Applicant respectfully notes the allegation in the Office Action that the claims “involve arranging portions of multimedia content for presentation to a user to create a multimedia game.”  Even if this allegation were taken to be accurate (which applicant does not concede), applicant respectfully submits that “arranging portions of multimedia content” is not a “human activity” as that term is defined in the 2019 Guidance.  Rather, the 2019 Guidance defines this category in terms of “fundamental economic principles or practices,” “commercial or legal interactions,” or “managing personal behavior or relationships or interactions between people.”  See 2019 Guidance at 52.  Applicant therefore respectfully submits that, under the 2019 Guidance, the pending claims do not recite any of the enumerated “certain methods of organizing human activity.”

Accordingly, because the pending claims do not recite any concept that falls within the enumerated subject matter groupings in the 2019 Guidance, the claims pass Prong One of Step 2A of the revised subject matter eligibility test and are thus patent-eligible.  Applicant therefore respectfully requests withdrawal of the rejections and allowance of the claims.10

Claim 43 is directed to displaying a plurality of cloned symbol display potions adjacent to the selected at least one reel at a display device of a gaming machine, the plurality of cloned symbol display positions displaying the plurality of symbols selected for display in the initial outcome for the selected at least one reel, and determining an outcome, based at least in part on, the plurality of symbols in the initial outcome and the plurality of symbols displayed at the cloned symbol positions.  Thus, the limitations of Applicant’s independent claim 43 are unrelated to mathematical concepts, mental processes, and certain methods of organizing human activity.  Moreover, even if an enumerated judicial exception were present (which it is not), the limitations of independent claim 43 convey specific graphical information in a specific way at a display device of a gaming machine.  Thus, the recited display control is a practical application in gaming technology.

Accordingly, Applicant respectfully submits that claim 43 of the present application is directed to statutory subject matter under 35 U.S.C. § 101, and the section 101 rejection is appropriately withdrawn based on the appropriate legal standards, including 2019 PEG.12

Both OA responses were followed by new actions which withdrew the 101 rejections, with the action on 15/861,431 specifically stating that “[t]he examiner is persuaded that the current claims are not directed to an abstract idea in light of the 2019 Revised Patent Subject Matter Eligibility Guidance.”13

1. Bringing it Down to Earth with Concrete Limitations and Physical Applications

A third approach to showing that a gaming abstract is to emphasize its concreteness in implementation and physicality of its application.  An example of this can be found in the prosecution of application 15/495,973 for Electronic Fund Transfer for Mobile Gaming.  In January of 2019, that application was rejected under § 101 as being directed to a fundamental economic practice and the sort of organizing of human activities that were identified as ineligible in previous cases.14 In office action response to this rejection, the applicant emphasized both the components recited in the claim and the real world impact of its application:

Claims 1 and 2 stand rejected under 35 U.S.C. § 101 as allegedly being directed to abstract ideas.  Applicants respectfully disagree.  To advance prosecution, claim 1 has been amended to include eligible subject matter such as a location tracker.

Inc., et al. (2:16-cv-0087-RCJ-VCF)).  These features are not long-prevalent and fundamental practices in current business practices, in comparison to the abstract ideas of risk-hedging and intermediated settlement relied upon by the Alice court, which have been in widespread use for many centuries throughout the world.15

The above office action responses, and countless others that have worked to overcome § 101 rejections on gaming patent applications, provide both examples and building blocks which can be used to make the right calls in what may look like a longshot situation.   However, while the file wrappers which include those office action responses may theoretically be publicly available, the patent office hasn’t laid its cards on the table – neither PAIR nor the newly released patent center (in beta as of the time of writing) provide functionality that could allow a practitioner to find responses that may be relevant in any particular situation.

So how can the value inherent in past office action responses be unlocked?  One way would be for a practitioner to look at patents for inventions like the one he or she is working on, look at their file wrappers in PAIR or patent center, and hope to get lucky with something that can be applied to his or her case.  However, we would propose a better way.  The cases for this article were all found using the Arguminer patent prosecution software from IP Toolworks.  The Arguminer software automatically sifts through millions of documents, finding office action responses, appeal briefs and other documents that worked (or didn’t if you’re looking for negative examples) when dealing with office actions similar to those faced by its users.

Visit IP Toolworks to learn more about how you can use Arguminer as an assistant to help you discover game changing strategies to use in your next Office Action.

The examiner finds that wagering games are all rather similar: accepting a wager, playing the game according to the rules comprising generating random outcomes according to the rules, determining winning outcomes, determining how much is to be paid for a winning outcome, and paying out the winnings.  This breakdown of wagering claim language is similar to that in precedential case in re Smith (in re Smith (Fed. Cir. 2016), appeal 2015-1664, U.S. patent application 12/912,410) [in which a subject matter eligibility rejection was appealed and affirmed by the PTAB and the Federal Circuit].

The present claims do not fall within the category of “fundamental economic practices”.

The present claims are therefore directed to the certain methods of organizing human activity.

5 Anti-Alice Arguments from Responses that Worked 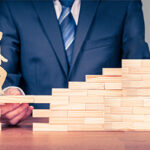