One of the things that I think has significantly improved both my quality of life and my success as a patent prosecutor is front-loading patent applications to avoid interminable cycles of RCEs. I  wrote about this previously in Get Off the RCE Merry Go Round, and I continue to stand by that article as excellent practical advice. However, I recently had an interaction which has led me to revisit the question of RCEs and consider whether there are scenarios where front-loading an application to avoid RCEs may not make sense.

The issue which leads me to revisit the RCE question is economics: specifically whether  avoiding RCEs became unfeasible when working with high-volume filers who set a limited budget for each office action response. An attorney I was corresponding with told me that in these cases, he found the budget was generally set too low to present arguments on all potential points of novelty in the initial office action response. As a result, it wasn’t unusual to file one, two, or even three RCEs, to incrementally address rejections as they were made until you ultimately found something that both the examiner and the client were happy with.

My intuition is that the economic argument for RCEs doesn’t make sense. Focusing purely on minimizing costs, filing a second (or third!) RCE seems counter-productive, since the cost for a second RCE is greater than the cost for simply filing a continuation with whatever amendments you would have included in the RCE. Additionally, even ignoring a continuation as an alternative to an RCE, each rejection-response cycle has a cost. Increasing the number of rejection-response cycles thus can be expected to increase the total cost of prosecution. However, intuition isn’t a particularly reliable guide, and the entities this attorney was talking about were quite sophisticated. I therefore felt it was worth actually working out the financial impact of incremental prosecution to determine if the economic argument really is a valid reason for an RCE.

To evaluate the financial impact of incremental prosecution relative to front-loading arguments, I created a simplified model of prosecution using the following assumptions:

Formally, this simplified model allows prosecution to be represented by a set of equations,[1] but even without formal analysis, the simplified prosecution model makes clear that neither incremental prosecution nor front loading is a strictly dominant strategy (again, considering only direct costs of prosecution). In cases where it is only necessary to present a few points of novelty before an application is allowed, the cost of incremental prosecution is lower, since front-loading involves making more arguments than are necessary. On the other hand, as the number of rounds of prosecution increases, the advantage of incremental prosecution in terms of cost for presenting points of novelty decreases, and the cost for RCEs begins to dominate. For applications which have three or fewer rounds of prosecution (and therefore no more than one RCE), the incremental approach may still be less expensive, since the fee for a single front-loaded office action response *may* exceed the expected cost of 1-3 aggressively capped incremental responses by more than the cost of a single RCE (i.e., by more than $1,360). However, if an application requires two or more RCEs under the incremental approach, it almost certainly would have been cheaper to front-load prosecution. Based on my correspondence with the other attorney, I would say that it is not at all uncommon for applications with aggressively capped office action response budgets to have two or more RCEs, meaning that the incremental strategy which leads to those RCEs is likely to be self-defeating in the long run.

Ultimately, the decision of whether to file an RCE (or, more accurately, to adopt a strategy which is likely to lead to an RCE) will depend on more than just cost considerations. For example, the similarity of the prior art to the claimed invention, the importance of preserving patent term, and the likelihood of success on appeal are all factors that will play a role. However, my feeling is that the non-financial considerations will almost always come down in favor of avoiding RCEs. Additionally, given the analysis above, I think that even a purely cost based decision-making process should generally avoid RCEs, even though doing so may require paying more for individual responses.

NR: Number of rounds of prosecution, which I assumed is capped at six, since the application would theoretically either be allowed or abandoned after all points of novelty were presented

CN: Cost to present a point of novelty 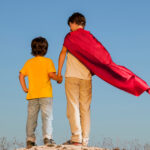 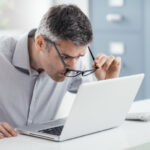