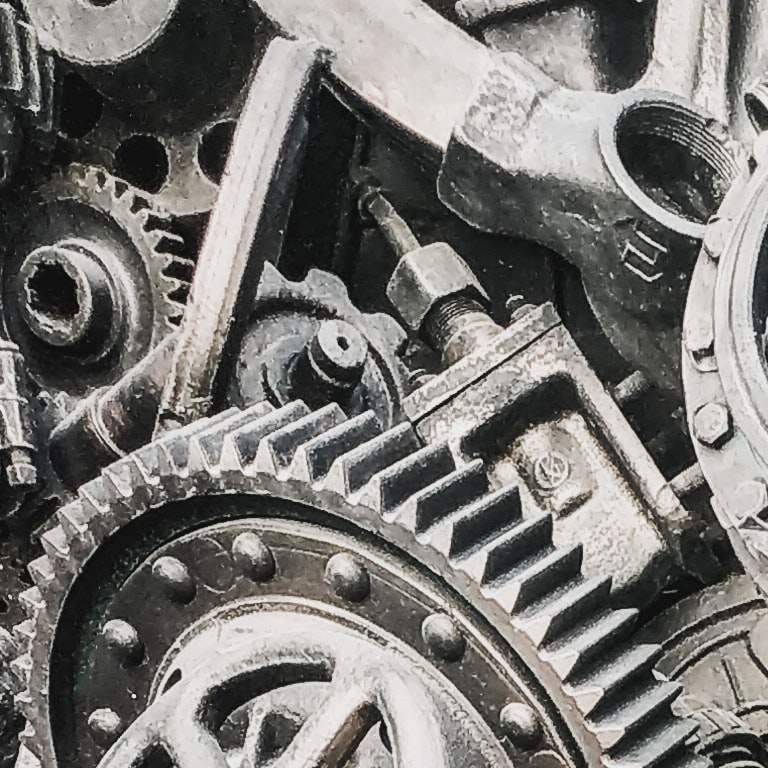 Mechanical and electromechanical inventions often receive obviousness rejections due to their very nature. These inventions commonly use well-known components. The inventive spark usually comes from combining them in new ways or using them to perform novel functions.

“Design choice” is one rationale available to examiners when rejecting an application under § 103. Examiners might be tempted to use the design choice rationale because it seems broadly applicable. But when examiners rely on design choice, they pen themselves into a specific legal test. Understanding these requirements can help applicants develop effective strategies for getting past design choice rejections.

Keep reading to discover three examples of how this rejection has been successfully overcome:

Find the “Why” of the Invention

This strategy was used in prosecuting U.S. Patent Application Serial No. 15/275,446 for a fuel flow detection method for a spark-ignition engine.

The closest prior art found by the examiner disclosed a fuel flow meter for a diesel engine. Examiner Solis issued an obviousness rejection, stating that it was a matter of design choice to apply the teachings of the diesel fuel flow meter to a spark-ignition fuel flow meter.

Attorney Michael Fluhler argued that the “design choice” rationale was not applicable in this case:

[T]he Office Action’s reliance on so-called design choice is entirely inappropriate as the pending application describes advantages associated therewith, e.g., “more accurate air-fuel ratio information” and “an accurate fuel flow can be obtained without causing an error, even when there is a change in fuel composition” (paragraph 17). (See Ex Parte Rohrer, Appeal No. 2009-001292, February 5, 2010, stating that “[i]f the recitation provides some advantage or serves some purpose, then using ‘design choice’ as grounds of rejection is inappropriate” (citing Ex parte Clapp, 227 USPQ 972, 973 (BPAI 1985).

Reasoning is a Must-Have

In every obviousness rejection, KSR v. Teleflex requires the examiner to provide some rationale to connect the prior art to the claimed invention. This may take the form of a teaching, suggestion, or motivation found in the prior art. KSR also opened the door to other rationales based on scientific, engineering, or business knowledge.

KSR explicitly ruled out speculation by the examiner. Specifically, examiners cannot rely on “conclusory statements” to support an obviousness rejection. Instead, the examiner must provide “articulated reasoning with some rational underpinning” to support the rejection.

Cantor Colburn attorney, David Fox, successfully argued this point in prosecuting an application claiming a screw compressor having a oil separator and water chilling unit. The application had been rejected based on Examiner Trieu’s contention that because the two kinds of oil separators described in the invention were known, combining the oil separators was merely a matter of design choice.

In response, the applicant pointed out that the examiner failed to provide any reasoning to support the rejection.

In the present case, the Office Action fails to provide a convincing line of reasoning as to why one of ordinary skill in the art would have found the claimed feature to have been obvious. The Office Action attempts to shift the burden to Applicant to indicate how the two different oil separators are used for a particular purpose or solve a problem. Applicant notes that this specification refers to several advantages of using a cyclone separator and a filter-type oil separator. The specification details at least a size advantage and separation advantages, as described in the specification. As such, claim 1 is not a mere “design choice” but rather is non-obvious in view of Yamazaki.

Significantly, this argument does not depend on the specific facts of the case. Rather, it can be applied wherever an examiner rejects a claim without providing the reasoning that connects the prior art to the claimed invention. Without this reasoning, applicants cannot respond and the BPAI and the courts cannot review the examiner’s work. The strategy proved effective, and the application went on to issue as U.S. Patent No. 10,288,068,

Similarly, in the application for the fuel flow detection method discussed above, the examiner rejected the claims based on the examiner’s belief that a prior art fuel flow sensing method used in a diesel engine was “obviously” adaptable to a spark-ignition engine. In response, the applicant pointed out that the examiner’s opinion that the method was adaptable to a different kind of engine did not provide “evidentiary support and sound scientific and technical reasoning” to support the rejection.

Here as well, by insisting on explicit reasoning beyond the examiner’s intuitive sense of the invention and prior art, the applicant was able to prompt the examiner to withdraw the rejection.

Put the Ball in the Examiner’s Court

The previous two cases suggest that an effective strategy for dealing with an obviousness rejection based on the “design choice” rationale is to identify any shortcomings in the examiner’s process. In cases, where design choice has been superficially applied, the examiner may well find that they do not have enough support to persist in the rejection.

This strategy was successfully employed by attorney, Jessica Flores,  in prosecuting an application related to a gearbox for an internal combustion engine that varied the compression ratio of the engine in response to an actuator.

This application was rejected based on a gearbox with some, but not all, of the claimed features. Examiner Grant then shifted the burden to the applicant, stating that the applicant failed to state whether the invention “solves any stated problem or is for any particular purpose.” The examiner concluded that “it appears that the invention would perform equally well with optimized values of the aforementioned five design features.”

The applicant responded by outlining multiple places in the specification where the claimed features provided an advantage or function not found in the prior art. The applicant put the ball back in the examiner’s court by pointing out that the examiner had failed to support the “design choice” rationale, and additionally relied “improperly on hindsight, using Applicant’s own specification to arrive at the claimed invention. See M.P.E.P. 2142.”  The applicant ultimately challenged the examiner to make a prima facie case of obviousness without relying on the rationale. Instead of looking for support, the examiner withdrew the rejection and the application went on to issue as U.S. Patent No. 10,400,667.

If there is one takeaway from these cases, it is to make sure your examiner has fulfilled the legal test to apply the design choice rationale. If the examiner has failed to show that the invention provides no new benefits or functions, or to provide a convincing line of reasoning for the combination of prior art features, you can respond by pointing out the deficiency.

This shifts the burden back to the examiner to present a prima facie case of obviousness. Without the design choice rationale, the examiner might withdraw the rejection and allow the case to issue.

These cases were found using the Arguminer software, a powerful engine that puts the Patent Office’s database at your fingertips, and allows you to search for granular details like rejection type and outcome.

To learn more about the Arguminer software, contact IP Toolworks to schedule a demo.