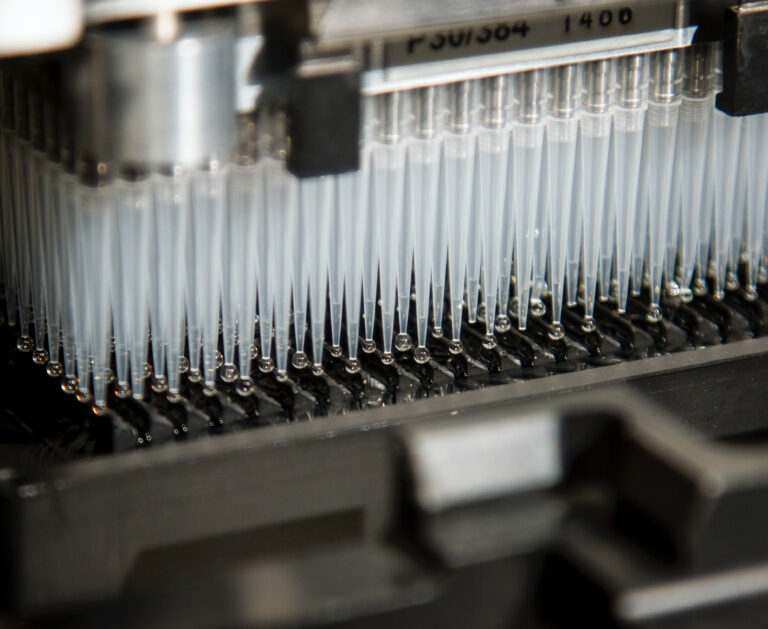 Group Art Unit 1770 handles applications for chemical apparatus. As such, this unit typically deals with claims regarding mechanical devices whose functions and outputs are chemical.

Examiners use a fairly simple logic process when rejecting mechanical and chemical cases for obviousness: if every mechanical part (or chemical component) of a device is already known, combining them is simply a matter of design choice.

Making a case of obviousness prima facie, however, requires more. Here are some inspiring arguments for overcoming design choice rejections from the chemical apparatus unit:

Be on the Lookout for Impermissible Hindsight

You might argue “impermissible hindsight” in response to a design choice rejection if, for example, the examiner has claimed obviousness based on two prior but hitherto-unrelated art references (A & B). If Reference A shows parts X and Y while Reference B indicates that part Z produces desirable effect Q and your application claims that parts X, Y, and Z together produce desirable effect R (analogous to but distinct from Q), the examiner may reject your application, claiming that assembling parts X, Y, and Z in order to produce  is simply a matter of design choice.

However, in arriving at this conclusion, the examiner has overlooked a key component of obviousness: If your client’s application is the only reference explaining that X, Y, and Z produce R and the examiner’s only rationale comes from your specification the rejection presumes impermissible hindsight.

This argument worked effectively in overcoming an obviousness rejection on an application for a fuel processor producing a mixture of propylene glycol and water. The fuel processor included an alternating stack of evaporator plates and hot gas plates configured so that the unheated side of each hot gas plate always shields the heated side from facing an evaporator surface.

Examiner Young rejected the claim as obvious based on a reference showing a fuel processor with stacked plates. She asserted that the specific configuration of alternating plates was simply a matter of design choice.

Attorney Frank Digiglio, from the law firm Scully Scott Murphy & Presser PC, pointed out that the examiner had found no reference which disclosed or suggested the desirability of the arrangement of plates taught in the claimed invention.

Applicant respectfully submits that employing hindsight using Applicant’s disclosure as a blueprint to reconstruct the claimed invention from the teachings of the prior art is impermissible under the law. Grain Processing Corp. v. American Maize-Products Co., 840 F.2d 902, 907 (Fed. Cir. 1988); see also W.L. Gore & Assoc. v. Garlock, Inc., 721 F.2d 1540, 1552, 220 USPQ 303, 312-13 (Fed. Cir. 1983), cert. denied, 469 U.S. 854 (1984) (“To imbue one of ordinary skill in the art with knowledge of the invention when no prior art reference or references of record convey or suggest that knowledge, is to fall victim to the insidious effect of a hindsight syndrome wherein that which only the inventor taught is used against its teacher”). Thus, Applicant submits that the Examiner has failed to establish two design choices…

Gore is particularly helpful when arguing against hindsight. As the court stated in Gore, “[i]t is difficult but necessary that the decisionmaker forget what he or she has been taught … about the claimed invention and cast the mind back to the time the invention was made (often as here many years), to occupy the mind of one skilled in the art who is presented only with the references, and who is normally guided by the then-accepted wisdom in the art.”

In this case, the examiner had found no reference conveying the desirability or equivalent functionality of configuring the plates as claimed. The applicant was able to overcome the rejection by pointing out that the examiner had inappropriately used the applicant’s own teachings against them, and the application went on to issue as  U.S. Patent No. 10,926,239

The takeaway from this case is that, while there may be something fundamentally human about understanding actions of the past through the lens of the present, examiners have a special responsibility to keep this hindsight in check when evaluating an invention’s obviousness. You can help move prosecution in a positive direction by pointing out when “impermissible hindsight” has crept into the examiners’ design choice rejections.

Design Choices Must be Choices Made Among Equals

This makes sense. If two assemblies are known to perform the same function and to produce the same results, changing one for the other may be considered an obvious choice. However, many rejections skip this step, broadening obviousness beyond its intended scope.

Attorney Scott Baum, one of 3M’s in-house patent lawyers, used this argument in overcoming an obviousness rejection when he secured U.S. Patent No. 9,962,629. This invention was a degassing module for removing entrained or dissolved gasses from a high-pressure liquid. The module included an outer housing, an inner shell, and a shim between the housing and the shell between two seals.

Examiner Patel found two references that together described a housing, a shell, and a pair of seals as claimed. Although neither reference included incorporating a support shim, the examiner concluded that one of ordinary skill in the art might add a shim between the housing seal and the shell seal as a simple matter of design choice.

In response, the applicant argued that the examiner had failed to meet the standard for a design choice rejection. To begin with, much like our previous example, the examiner had exercised impermissible hindsight in interpreting the prior art’s proximity to the claimed invention:

The Office asserts that Taylor and Boye are analogous inventions and that it would be obvious at the time of the invention to modify Taylor with the teachings of Boyle to provide at least one support shim between the housing and the shell to provide a sealing arrangement between the housing and the shell. … The Office’s error is Boyle does not disclose a support shim as alleged by the Office. Only by reading and understanding the Applicant’s problem and using impermissible hindsight can the office equate the inner sealing ring of Boye to Applicant’s claimed support shim.

Applicants have discovered the source of a problem and seek to eliminate movement of the inner housing near the seal by use of a support shim. This prevents the shell potting interface from delaminating under high pressure. Boyle seeks to allow the inner housing to deflect and does not want a support shim to limit deflection so Boye uses an O-ring that slides on the surface of a collar to form the seal. … Thus, one of skill in the art would not substitute the inferior sealing method of Boyle designed for moving surfaces into Taylor whose cartridge sealing surfaces are not designed to move. … [I]n In re Gal, 980 F.2d 717, 719 (Fed Cir 1992), the CAFC has ruled that where the structure cited in the claim (shim) and the function it performs (limiting deflection and reducing stress concentration in the shell/potting interface) is different from the structure in the prior art (a sealing surface) and the function it performs (sealing with a mating O-ring) then rejecting the claim as a matter of design choice is not a sufficient rationale to substantiate obviousness.

In re Gal is very helpful in fighting design choice rejections. It clearly sets out the requirement that the alternative found by the examiner in the prior art provide a structure and function equivalent to the claimed elements. If it does not, it cannot be considered interchangeable with the claimed invention.

When the U.S. Supreme Court decided KSR Int’l Co. v. Teleflex Inc., many patent practitioners viewed it as negative for inventors. However, KSR does have helpful language that patent prosecutors can use to overcome design choice rejections.

Under KSR, the examiner must provide an explicit analysis of “an apparent reason to combine the known elements in the fashion claimed by the patent at issue.” Although KSR expanded the potential sources of this “apparent reason” beyond the teachings, suggestions, and motivations in the prior art, the decision made clear that the examiner must still identify and explain the reason to support a prima facie case of obviousness.

While prosecuting an application directed to an air cleaner, patent attorney, Franco Serafini, from Themis Law, successfully argued this point. The application taught a device for removing airborne pollutants using a configuration of front and rear filters, combined with ionizer and collector grids suspended in a frame, by isolating members, for the purpose of reducing sound and coronal discharge generated by the grids. U.S. Patent No. 10,518,272

Examiner Jones rejected the claims based on two Japanese publications that showed ionizing air cleaners with ionizers and collectors in a frame. The examiner then asserted that suspending the grids within the frame was merely a design choice.

In Maeda, the PTAB stated “Per se rules for determining obviousness are disfavored. In re Ochiai, 71 F.3d 1565  1571 (Fed. Cir. 1995). […] We discourage examiners from relying on ‘design choice’ because it is generally a mere conclusion, which is no substitute for obviousness reasoning based on factual evidence. Nonetheless, ‘design choice’ may be appropriate where the applicant fails to set forth any reasons why the differences between the claimed invention and the prior art would result in a different function or give unexpected results. See In re Chu, 66 F.3d 292, 298-99 (Fed. Cir. 1995).” Here, the Office Action has provided no rational underpinning to support the allegation of design choice, as required by KSR Int’l Co. v. Teleflex Inc., 550 U.S. 398, 418 (2007) (cited in Maeda), nor any factual evidence. Moreover, as discussed above, Applicant has set forth reasons why using an elastic insulating material would provide a different function than in the prior art (reducing audible noise).

The takeaway from this case is that you can use KSR to push examiners to explain the rationale behind their rejection. There is a good chance the examiners may find that their logic does not stand up to scrutiny when written down, prompting them to allow the case.

It is not surprising to see design choice given as grounds for an obviousness rejection in art unit 1770. Mechanical inventions often use conventional structures. But by focusing on the legal requirements for a design choice rejection, including equivalence in function and an explicit reason for the combination or modification, you you have a strong shot at overcoming these rejections.

These are just a few of the ways you can respond to an obviousness rejection based on the “design choice” rationale.

These cases were retrieved using Arguminer, a tool for finding specific issues for specific types of cases, art units, or examiners. You can find cases to help you prepare your next response using the Arguminer software. Contact IP Toolworks  for a demo of this powerful product. 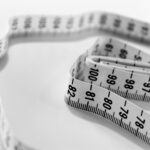