Group Art Unit 2128 deals with some of the most exciting and cutting-edge technology in the Patent Office, artificial intelligence and simulation modeling. However, patent examiners sometimes reduce these inventions to mere algorithms when making rejections under § 101. This reduction allows examiners to dismiss the technological improvement provided by the invention as nothing more than a mathematical concept that can be performed in the human mind. The “mental process/mathematical concept” rejection has always been a legal fiction and this can make the rejection difficult to overcome. After all, an examiner can argue that any mathematical concept could theoretically be performed in the human mind, even if no one has ever done so.

Here are three inspiring office actions that show how you can respond to a “mental steps/mathematical concept” rejection in the AI and simulation modeling art areas.

Lay the Groundwork with Your Specification

Since almost any application in this technology class is vulnerable to a rejection under § 101, you should draft your specification with a potential § 101 rejection in mind. Specifically, you can include ammunition in your specification that will ground the arguments in your office action response. This will provide credibility to your arguments, so the examiner knows you are not creating them out of thin air.

The examiner, Bijan Mapar, rejected the application under § 101 on the ground that the claims merely recited a series of steps that could be performed in the human mind. In response to this mental steps rejection, the applicant argued that the invention improved technology through a practical application of the algorithm recited in the claims.

This argument is nothing new. This is often the most effective argument in response to a mental steps rejection. But in this office action response, the applicant diligently pointed out several places in the specification that described both the purpose of the invention and the practical implementation of the invention.

Claim Steps that Are More Than Mathematical Operations

Another approach was used to great effect by Steven Fischman at Scully, Scott, Murphy & Presser, P.C. in U.S. Patent No. 10,885,241. This invention is a simulation system that uses a correction operator to correct for error between observed data and model data.

As a result of such integration, the claimed processor is enhanced with functionalities to generate “supplemented output data by applying the simulation model with the supplemented operator on a set of inputs”. The practical application integrated with the elements in the pending claims addresses challenges faced by simulations systems, and provides the simulation systems with ‘relatively cost effective approach in terms of development time and computation, since current practices involve significant modification of core simulation code, which may be time consuming from a development perspective, and may significantly slowdown the implementation due to increased computational complexity of the more comprehensive formulation”. See paragraph 52 of the originally filed specification.

This response weaved together two important concepts for overcoming a rejection under § 101:

The takeaway from this response is that amending the claims to recite steps that are non-computational provides a path to arguing that the invention is practical, rather than abstract.

Argue the Limitations of the Human Mind

Another approach to overcoming a rejection under § 101 comes from U.S. Patent No. 10,761,494. This patent is directed to a simulation method that predicts the value of a variable if a particular social policy is enacted. The application was originally rejected under § 101 as an abstract idea by the examiner, Thai Q. Phan.

In response to the rejection, Gene M.Garner II from Staas & Halsey LLP persuasively argued that the method as claimed was more than just the mental concept of estimating the value of a variable in response to a social policy. Instead, the applicant focused on the steps of the method that could not be performed by the human mind. This allowed the applicant to argue that even if the idea of estimating the value of a variable could be held in the human mind, the process recited in the claims could not be carried out by the human mind.

The office action response did not stop there. Once the applicant highlighted the steps of the method that required a processor because they could not be performed in a human mind, the applicant pointed out that these steps provided a technological improvement. The applicant wove quotes from the MPEP directing examiners to look at the specific requirements of the invention rather than oversimplifying every process into mental steps/mathematical concepts.

One takeaway from this office action response is that you should always include steps that cannot be practically performed in the human mind in your claims. The other takeaway is that you should argue that these non-mental steps improve the technological state of the art.

These office action responses are not the only ways to overcome a § 101 rejection in the AI and simulation model domain. But they do provide some inspiration for practitioners in these fields. Even though this domain is heavily dependent on algorithms, there are ways to show that a method or system can be patent-eligible.

Use the specification to identify technical improvements and practical applications. And be sure to claim steps that cannot be performed in the human mind and relate to non-computational data handling. 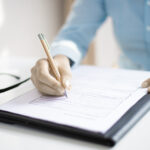 Request for Continued Examination | Get Off The RCE Merry-Go-Round

More than “Just the Facts”: Exploiting Legal Arguments to Your Advantage in Obviousness Rejections 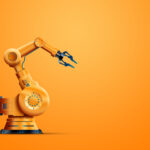